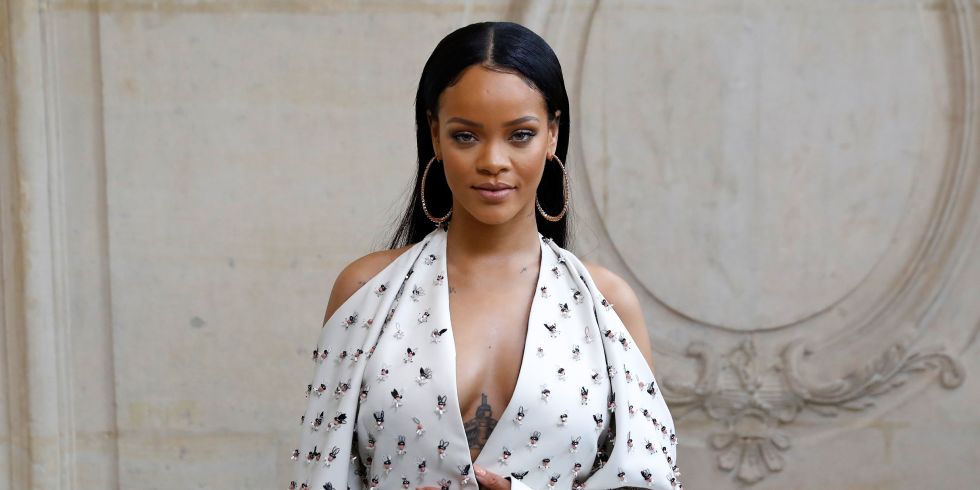 Rihanna's second Manolo Blahnik collection has arrived honey! I am a huge fan and support of Ms. Robyn Fenty honey! The name of this collection is "Savage". There is no doubt about Rihanna being a straight Savage when it comes to her career. She is fierce, talented, driven, and definitely a GO-GETTER!  Set to debut on November 16, the new designs are all winter boots, including the Dominique, a thigh-high design featuring floral brocade. 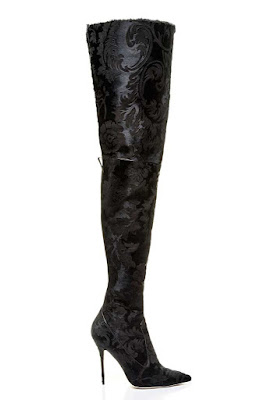 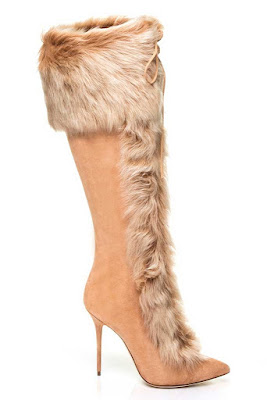 I must say, that Alexis is my favorite boot from this collection. They look beyond warm and hopefully they are comfortable. Lastly, we have the Fallon, a style inspired by the Timberland boot Manolo first designed in 1994. 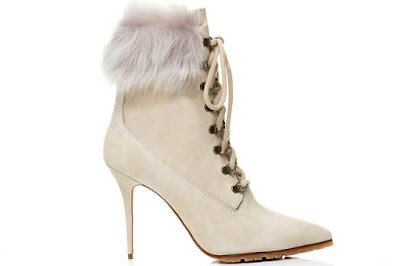 This particular style was an homage to Jennifer Lopez, who wore the high-heeled Timbs back in the early 2000s. These are some dope boots and Rihanna never fails to come through and light it up!

Creative director Alasdhair Willis had the brand’s first global flagship on the brain. “I wanted to capture that environment that was completely Hunter, from the boots to the ready-to-wear to the fixtures to the sign,” he says. “It was one of the first things in the works.”

Next Wednesday, the fruits of Willis’ labor will be revealed as Hunter’s first retail offering opens at 83 Regent Street in London. The three-story,5,300-square-foot space, which was a former Ferrari shop, was designed in conjunction with U.K.-based design consultancy Checkland Kindleysides and hopes to convey a rural yet modern feeling. “I wanted it to feel synergistic with where the brand has been and where it is going,” says Willis. “Architecturally it didn’t make sense to make a big, slick statement, so the starting point was a barn in the British countryside.” That’s not to say the store isn’t totally tricked out: Consider a five-meter-high LED screen, which will feature recent runway shows and campaigns; televisions that mimic Douglas fir trees; and Wellington boots hanging on the walls.

The company’s Fall 2014 ready-to-wear and accessories also figure in prominently, especially the outerwear and rubber products. “The clothing looks brilliant, especially the rubber trenches, ponchos, parkas—and we are loving the rubber duffels,” says Willis. “It’s a fashion story, but it was born out of utilitarian and functional pieces. That’s what was so exciting about taking Hunter from a single product category to so much more; we could see who our customer was, from the festival-goer to the urban professional taking their kids to school.”
The Hunter team is also planning a New York store opening in 2015 and is currently scouting locations in Tokyo, Hong Kong, and Canada. Asked whether wife Stella McCartney gave any advice on total Hunter domination, Willis offers, “She tried to return the favor, but there is some healthy competition in our household.”
Powered by STYLE

Tasha
HELLO READERS, I AM TASHA`NICOLE. WELCOME TO THE WONDERFUL WORLD OF ADDICTED2FIERCE! I LOOK AT FASHION AS SELF-EXPRESSION AND ART. SO DARE TO BE DIFFERENT!

WHATEVER TEXT, PHOTOS, AND VIDEOS USED ON MY BLOG ARE NOT COPY WRITTEN BY ME. THERE ARE USED FOR INFORMATIVE PURPOSES ONLY!
THANKS FOR BREATHING ME IN!